Allister brought with her other women leaders to serve as leaders in the office. This team includes a former chief of staff for a County Supervisor and later Mesa’s Mayor to serve as her Chief of Staff, an Arizona Supreme Court administrator to be her Deputy Chief of Staff, and a communications leader for the Tempe Union School District to serve as Communications Director. Over 60% of MCAO’s employees—prosecutors and administrative staff—are women including half of senior management, which includes Division Chiefs and Bureau Chiefs, and two-thirds of supervisors.

Not only are the women at MCAO accomplishing great things here in the office, but they are also accomplishing remarkable things out in the community, too. MCAO Finance Manager Kristine Christian volunteers with her daughter’s Girl Scout troop; Chief of Staff Candice Copple leads a young woman’s group with her church and Legal Support Supervisor Jolie Panyon runs half marathons. 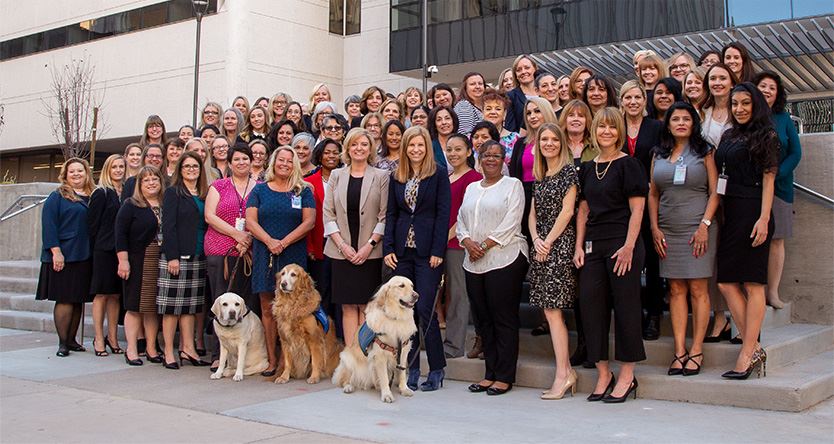