Making a Difference for Crime Victims 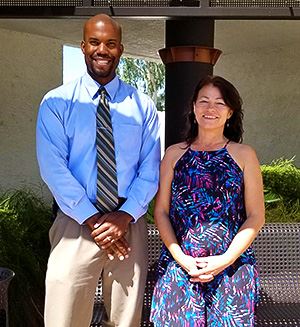 In 2015, the Phoenix Police Department submitted a case to our Office involving stolen property among roommates. The victim, Eugenia Wright, had allowed the defendant and her children to stay at her home while they were awaiting entrance to a domestic violence shelter. While at Eugenia’s home, the defendant stole and attempted to pawn several items belonging to Eugenia and her daughter—including the victim’s iPod, a clarinet and an Xbox. The Phoenix detective, with assistance from the pawn shop, investigated the theft and identified the defendant.

In an initial telephone conversation, the defendant admitted only to knowing the victim and then claimed the victim had let her pawn the items. After the detective told her the victim did not give this permission, the defendant admitted taking the property and pawning it. The detective confirmed this theft through identification used on the pawn tickets, including fingerprints. The defendant was apprehended and the case was charged by the MCAO. As a result, MCAO detective John Byrd contacted the victim several times to keep her apprised as the case moved along through the criminal justice system. Sometimes those attempts went unanswered and often the victim was not present, causing the prosecutor and Detective Byrd to become concerned the case would have to be dismissed.

Finally, in late 2017, Detective Byrd and Eugenia connected and in the context of subsequent conversations, Detective Byrd became aware of many of the challenges the victim and her daughter faced. In addition to the active court case with her former roommate, Detective Byrd listened – and listened some more – as Eugenia provided sometimes sad details about her struggles—in her career and at home. Detective Byrd offered her an ear and sometimes some advice, “I felt honored, humbled and very grateful to be able to connect to Miss Wright,” said Detective Byrd. “It’s easy to just do your job like we do in every case, but sometimes you recognize there’s a little more you can offer from a humane state of mind and a little more you can do to recognize and acknowledge someone’s pain and provide hope for a brighter future.”

The case was finished in late 2017 and the defendant plead guilty to one count of trafficking in stolen property. The defendant received 18 months standard probation and Miss Wright had her items safely returned.

Since that time, Detective Byrd and Miss Wright have remained in touch, although work and the business of life have minimized their communication.  Recently Detective Byrd heard from Miss Wright and was excited to learn she has not only moved past the crime, but has triumphed over her past struggles. She is living in a new home with nice neighbors and has started in a job retraining program. She and her now teenage daughter have recently became “parents” to a shepherd mix who they are training as a service dog. “I feel useful again and I am so happy to be able to share good news for a change,” remarked Eugenia. “Detective Byrd is very kind and compassionate and concerned that I obtain justice. I'm grateful for his diligence. I feel comfortable reaching out to him to share all the good news in my life.”