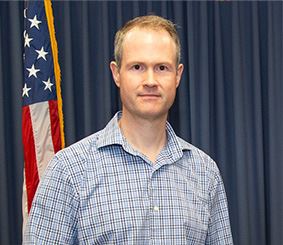 Justice is an often misunderstood word in the criminal justice system. At the Maricopa County Attorney’s Office, employees see justice as something more than punitive, they see it as seeking a resolution that is restorative. Offering justice to those impacted by crime means looking at what is best for a victim, a defendant, families and communities.

One recent case highlights such an effort by paralegal John Mann who works in the Office’s Asset Recovery Bureau. Mann works on cases involving money and goods obtained by criminals, that if proven to be illegal gains by a judge, can be legally removed from their ownership. In this case, the defendant—who had been arrested several times for the use and sale of methamphetamine—was found by officers to have more than $5,000 cash in his possession. Some of the cash could be linked to illegal drug sales and a judge ordered those funds taken from the defendant. However, some of the money found was legally gained by the defendant as part of an insurance settlement.

Mann learned the defendant had three children who were cared for by their mother with no financial help from him. With Mann’s help, prosecutors were able to draft a settlement allowing the remaining money to be taken from the defendant and sent to his three children. Complicating matters was that the defendant did not have contact with his children and had very limited resources to find them while in prison.

A short time later, Mann received a heartfelt letter in return from the defendant. He described being overwhelmed with “unspeakable joy” in receiving Mann’s letter and indicated he had received an encouraging message from his ex-wife as well. He thanked Mann for all the effort he had put into getting funds to the children. This is a case that could have been encompassed in just a settlement and a prison sentence, but John Mann's dedication makes this a story of achieving true justice for everyone involved.