Greater Understanding of Trauma Will Lead to More Effective Treatment 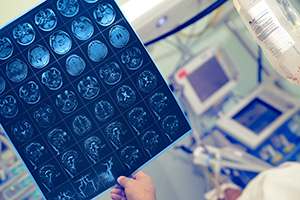 In recent years, a growing focus has been placed on head injuries leading to concussion in athletes from youth to professional players. However, an emerging group is showing an even greater risk for these types of injuries. These victims may be even more underreported, hindered from coming forward by secrecy, fear and even embarrassment. They are the victims of domestic violence.

One in four women and one in seven men will experience domestic violence in their lifetime, almost half of these victims will suffer a physical injury and only a quarter will seek medical attention. These victims have an increased risk for concussion because domestic violence often includes violent acts, such as choking, blows to the head or being violently shaken. Researchers found that 92% of battered women report receiving a head injury with most suffering at least one concussion. The true numbers are not known, however, because rigorous analysis and verification of the frequency of these injuries does not widely exist.

For the past two years, the Maricopa County Attorney’s Office has been a part of a growing local partnership to study concussions caused by domestic violence incidents. This groundbreaking collaboration has brought together members of law enforcement, the medical community, victim advocates, non-profit organizations and researchers to develop a greater understanding, and improve identification and treatment of concussions in the context of domestic violence.

The study initially began with data collected by the Mesa Police Department, who were trained to use a small handheld device to measure oculomotor—or eye tracking—data of victims when responding to domestic violence incidents. The measurements taken by the officers, along with subsequent medical exam information and follow-up examinations helped identify abused individuals suspected of having a concussion. This early identification helped victims receive the appropriate care and support they needed. Over the past year, the study has grown to include the Tempe Police Department, who gather data from domestic violence call-outs, but also through their community support services such as Tempe’s Care 7 crisis team.

In January 2019, the Sojourner Center domestic violence shelter was awarded $800,000 to support this collaborative effort over a two-year period. The funds are being used to support the Central Arizona for Therapy and Imaging Service (CACTIS) Foundation, as well as a new Traumatic Brain Injury (TBI)-dedicated duplex on Sojourner’s campus which includes two TBI victim advocates. This has allowed Sojourner to become a TBI-informed organization so that all 70 of its direct service and administrative staff are familiar with TBI signs and symptoms that impede victims’ ability to heal from the trauma of their domestic violence experience.

While the primary goal of the study is to determine the frequency of concussions in the domestic violence victim population, it will also go beyond this initial level of analysis to provide care and treatment to the victims. The second goal of the study is for research partners to use the data collected to not only assess the frequency of concussions in victims of domestic violence, but also analyze outcomes, leading to the development of “best practices” for improving the lives of these individuals.

While the Mesa and Tempe Police Departments are first responders, the study partners include support and innovations from The CACTIS Foundation, HonorHealth’s Scottsdale Family Advocacy Center, the University of Arizona-College of Medicine-Phoenix, Conquering Concussions LLC, Barrow Neurological Institute at Phoenix Children’s Hospital and the Sojourner Center. The collaboration and analysis by these groups will lead to the creation of guidelines for law enforcement, prosecutors and the medical community.

Through these identified “best practices,” law enforcement will better recognize and address concussions in domestic violence cases. Prosecutors can develop enhanced apprehension and prosecution strategies for abusers who cause these injuries. Medical providers will be able to offer better care to patients by recognizing the signs and symptoms of concussions. Domestic violence shelters can better support shelter residents and those in the community healing from trauma while also experiencing the effects of traumatic brain injuries.

Importantly, the long-term collection of this data will help determine whether existing criminal statutes fully capture the criminal conduct involved in these types of injuries or if new statutes are needed.